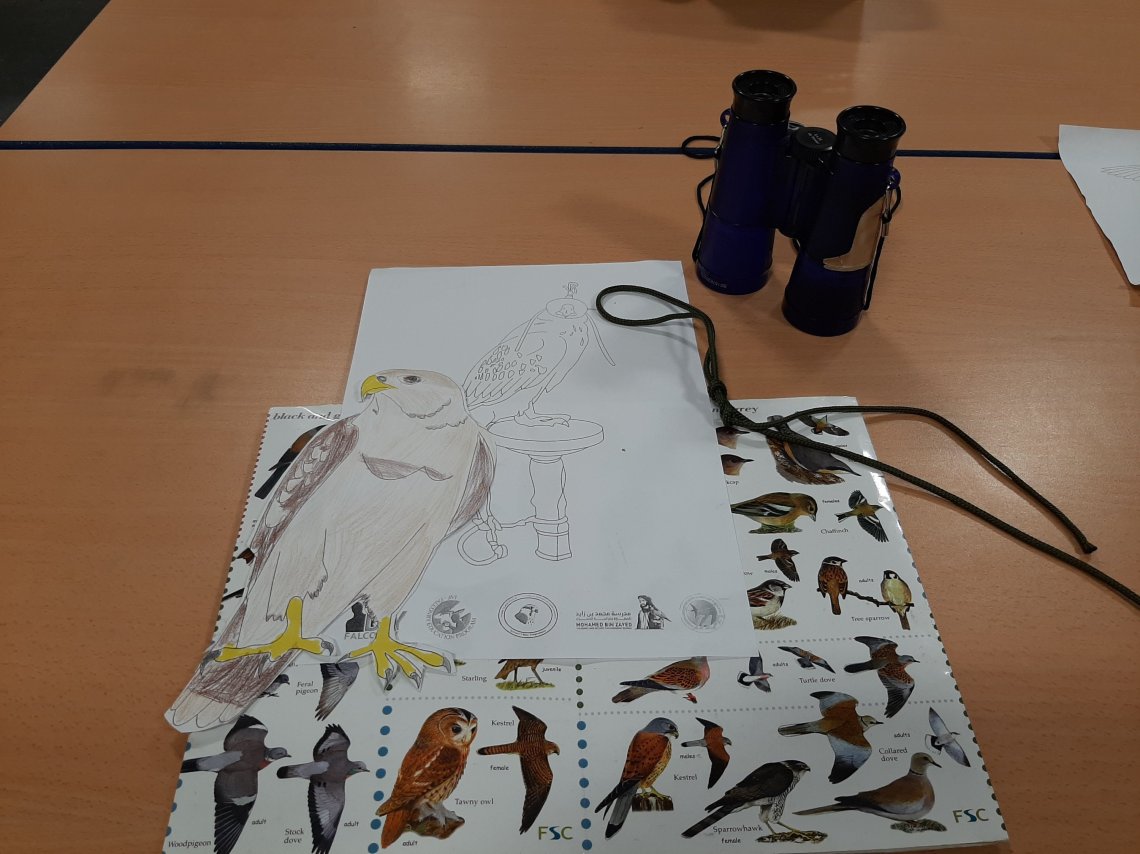 I am a teacher and a falconer. I love being both, for very different reasons. For a number of years now I have found myself working with children in need of support, a niche I found myself in quite organically.

My approach to support, especially when focused on health and wellbeing has always been a little centred around two themes: mindfulness and the outdoors.

I have been writing a falconry blog for a while now, and those that have read it will know about how falconry has positively benefitted my own mental health. It took a while though for me to realise that these benefits could be delivered to my pupils. The two worlds of education and falconry seemed far apart and a part of me liked it that way, my work and my passion as two separate entities. But soon I could see the changes in me that falconry had delivered– the improved confidence, the positive outlook on life, a strong connection with nature– and I realised that this was exactly what the children I was working with needed too.

So I began to design a curriculum that put falconry at its heart. I looked for activities to develop teamwork and confidence, to show the children that they could achieve anything they put their minds too: to be confident and courageous, focused and calm. What better way to illustrate this than through working with a wild bird.

From the beginning the children began develop an awe for the wild, and a respect for the incredible birds they were working with. They had to learn the falconers knot, teach it to one another and complete it under duress and when blindfolded. All pupils had to be able to work a swivel in and out jesses smoothly and with speed. Their movement around the bird was slow and careful, their handling of the bird over-time becoming slick and confident. They soon began to understand the moods of the bird, the power of the talons.

Alongside this I created Maths, English and Art related activities that taught children of about weight management, feathers, the moult and slowly enchanted them with the magic of birds. The children were developing their skills well: comfortable manning American Kestrels, Harris Hawks and Barn Owls and feeding them on the fist. Slowly, week by week, the pupils watched and noted the difference in weight and how that impacted on the birds behaviour and desire to come to the fist. We worked together to identify what weight we thought was ideal to have the birds keen and focused. As the weeks flew by we grew closer to our end goal: a presentation and flying display to a large number of their peers.

The day came and the children looked like magicians to their peers. In control and confident with a bird on the fist the pupils stood in front of their friends and classmates. They told them about weight management, stages of training a hawk, about the swivel, the creance and jesses, about the patience and focus needed to get results with your bird. The crowd were mesmerised by them. The birds on their fists were settled. The pupils were confident and calm. Soon the birds flew for their new charges. Their weights spot on for such an experience, the birds glided from perch to fist time and again – the children almost grew, visibly, with each flight.

The experience was incredible for the children. They loved it. But what was even more exciting though, as a teacher, was the impact the experience had on the pupils’ ability in class. Before starting the falconry course, the children undertook a simple questionnaire on the different aspects of their wellbeing, which was scored out of 80. On average pupils scored 66 in the beginning, but this rose to 75 out of 80 following the class’ completion. Pupils were then asked about the impact being involved in falconry had had on their lives. What was most striking about the replies was that pupils regularly used the same language despite this not featuring in the questions – words like calm, happy, confident and focused – the children used them time and again, without prompting.

The results from the questionnaire were as follows:

The impacts did not stop there. 1 in 2 of the children involved were now scoring better in the mathematics and language assessments in class. These numbers were later proven accurate when 50% of those involved later improved their scoring in a standardised assessment delivered across the region. Falconry was impacting on the classroom. Making children happier, more confident, calmer and more focused.

Maybe it’s time you introduced your child to the art of falconry.

Published by The Mindful Falconer's Journal

A meditating falconer and the story of my first hawk Chabhair. View all posts by The Mindful Falconer's Journal